Two festive ads show us some of the twists and turns at the heart of a British middle-class Christmas.

Waitrose: thinking and imagining, not consuming and communing

As it does every year, Waitrose tackles the complicated relationship the British middle class has to the festive season.

The brand has become known for an off-centre approach to Christmas. It’s not about what’s happening around the table – groaning with turkey and mince pies – as we see in typical Tesco and Iceland ads.

While the table is the symbolic centre of Christmas, Waitrose prefers to look at what’s going on outside the home. The characters in its festive ads are often looking out of windows – cuing a state of mind that is flying outwards (solitary, separate, transcendent) rather than content with hearth and home.

This year, Waitrose shows us a girl waiting for a robin.  Her experience is internal and private. In middle-class culture, the sanctity of one’s inner world prevails even at the most communal and shared of times. 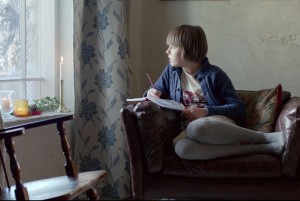 The characters in thess brands’ ads are also not consuming. They’re observing. That positions them as a little bit superior – we don’t see hands constantly reaching out and grabbing mince pies as we do in a typical Iceland ad.

British middle-class culture wants to be different, to set itself apart. It also wants to be superior – to show itself as thinking, observing, imagining, private and reflective, not just consuming and communing. Christmas ads offer a neat crystallisation of these aspirations.

In the M&S ad, Mrs Claus takes charge of Christmas. While pretending to stay home – hubby is off doing the traditional thing in his sleigh – she zooms off in a helicopter to fulfil a particularly tough present mission. 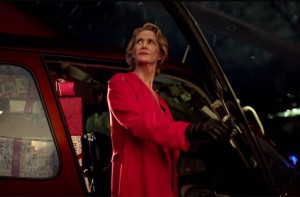 The ad plays on a gender dynamic familiar to British middle-class families. At Christmas, it’s the woman of the home who is Commander-in-Chief – and she runs Christmas like a military operation. He has the sleigh – but she has the helicopter. She is the technology, the rationality and the organisation that serve the season’s higher emotional purpose.

It’s also a hidden rationality. Her mission is covert, while his is the visible one. The role of reason and organisation at Christmas-time have to be hidden, as we don’t want to destroy the myth of love and magic.

It’s interesting to see how technology and rationality combine with femininity in this ad. Aren’t these attributes mostly associated with masculinity? Yes, until they become covert or back-up. Then they become feminine qualities, as they are at Christmas when they need to underpin the emotion and magic that we see ‘front of house’.